So Today we will be looking at what is the sub of the day offers provided by Subway on each day of the week. As we already know subway offer different foot-longs and 6-inch subs at a very reasonable price at most of its stores. But currently, due to COVID-19 issue, they have stopped it in most of the locations. So check with your location whether they are still offering the Sub of the day deals.

What is Sub of the day?

Below is the list of all the sandwich offered on various days of the week.

So the first sandwich which is offered on Monday is sweet onion chicken teriyaki sub. So this sandwich contains selected bread, lettuce, tomatoes, cucumbers, green peppers, red onions, spinach, sweet onion, chicken strip. But as a usual feature of the Subway is you can always customize it as per your liking. A Footlong has 650 Cal in general.

The second sandwich offered on Tuesday is an oven-roasted chicken sandwich. This sandwich contains selected bread, lettuce, tomatoes, cucumbers, green peppers, red onions, spinach, roasted chicken breast. You can also add and removed most of the item if you want. A Footlong has 540 Cal in general.

The third one on the menu on the third day of the week i.e. on Wednesday is Turkey Breast. This sandwich consists of selected bread, lettuce, tomatoes, cucumbers, green peppers, red onions, spinach, Turkey Breast. And the usual customization provided. A Footlong has 510 Cal in general.

The fourth one on the list is Italian B.M.T which is offered on Thursdays. This sandwich contains Italian bread, lettuce, tomatoes, cucumbers, green peppers, red onions, Black Forest Ham, Genoa Salami, Pepperoni. And the other customizations as per your mood. A Footlong has 710 Cal in general.

The Fifth edition on the sub of the day in the Subway is Tuna offered on Fridays. This sandwich contains Italian bread, lettuce, tomatoes, cucumbers, green peppers, red onions, Tuna. And all the other customizations offerings from the Subway. A Footlong has 900 Cal in general.

The seventh and last offering in the sandwich section of sub of the day is Meatball Marinara offered on Sundays in Subway. This sandwich contains Italian bread, grated parmesan, cheese, meatballs. And all the other customisations are also being offered at the subway. A Footlong has 870 Cal in general.

So that it, this is the list of all the sub of the day sandwiches available at subway at quite a reasonable price point. Note that 2000 Calories a day is used for general nutrition advice but it depends on the need can be increased or decreased as per personal needs.

There are also other sandwiches available but they do no come with above offerings and hence you can select any of them including above as per your taste and requirements. Amazon Prime Discount Get Now at 50% OFF

Enacfire Wireless Earbud Review: Is it Worth?

Print On Demand Everything You Need To Know About It

Complete Guide: Difference Between WordPress.org and WordPress.com in 2021 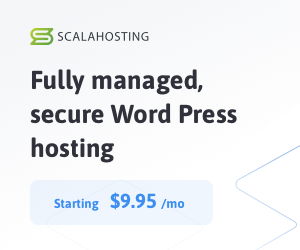